In this article, we will explore more about python variables in detail. Python variable is a reserved memory location to store values. Every value in python has data types. Python Data types will be covered in subsequent articles (Datatypes: Numbers, List, Tuple, Strings, Dictionary, etc).

How to Declare and use a Variable?

Below is an example of variable declaration and access.  To declare a variable syntax would be

Below is the example for the same. We have assigned a string “Variable Example” to the variable a and then printed that value. 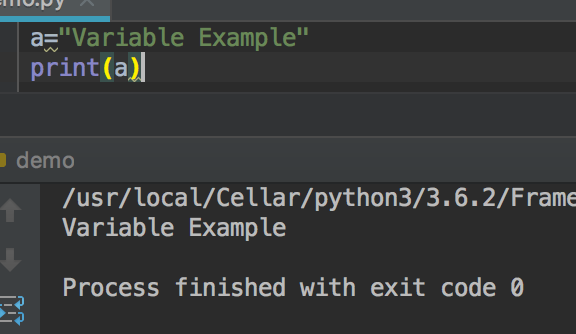 In Python, we can re-declare a variable. In the previous example we have declared as a string now we can re-assign it as Number as below:

This will produce below output: 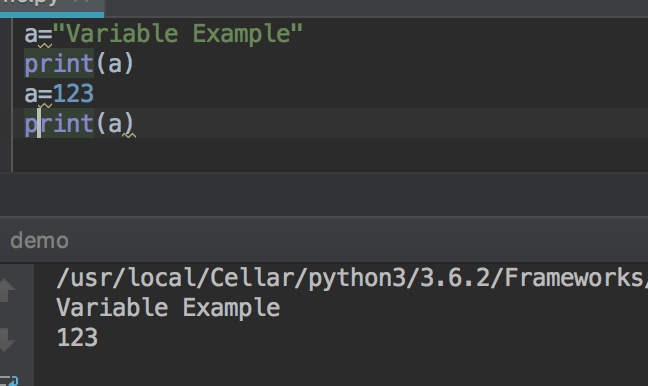 Python allows you to assign a single value to several variables simultaneously. For example −

Here, an integer object is created with the value 1, and all three variables are assigned to the same memory location.

You can also assign multiple objects to multiple variables. For example −

Here, two integer objects with values 1 and 2 are assigned to variables a and b respectively, and one string object with the value "" is assigned to the variable c.

Let's understand this difference between local and global variable with the below program.

The same is demonstrated below: 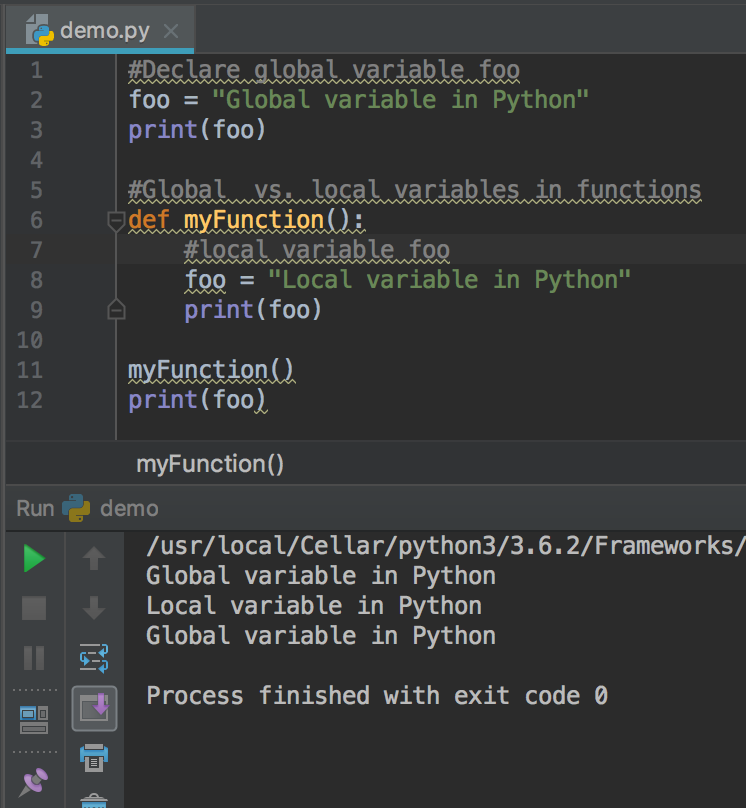 We can also delete a variable using keyword as below.

The data stored in memory can be of many types. For example, a person's age is stored as a numeric value and his or her address is stored as alphanumeric characters. Python has various standard data types that are used to define the operations possible on them and the storage method for each of them.

That's it for the variables for now. We will see about all datatypes in Python in subsequent articles.