In our previous article on Tree Terminologies, we have seen basic tree terminologies like Nodes, Edges, Root, Parent, Children, Leaves and Siblings. In this article, we will understand Degree of Tree, Path, Level, Depth, Height and sub tree.

Total number of children of a node is called Degree of that node.

The Degree of a Tree is the maximum degree of node in a given tree. In our example tree, Degree of nodes A and D is 3. All the other nodes have less or equal degree. So the degree of our tree is 3. 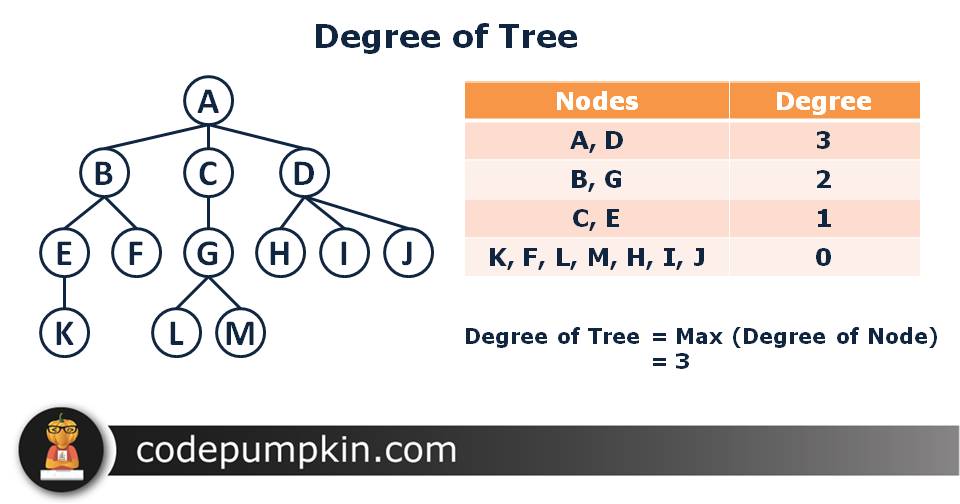 A sequence of nodes and edges connecting a node with a descendant. A path starts from a node and ends at another descendant node or a leaf. 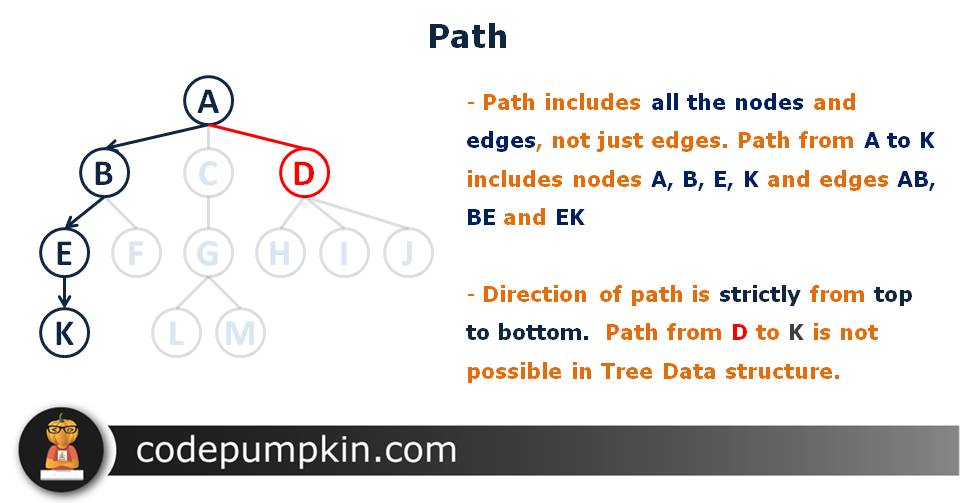 Notes :
– When we talk about path, it includes all the nodes and edges along the path and not just edges.
– The direction of path is strictly from top to bottom and it can not be changed at any point. For Example,  In the diagram, we can't really talk about a path from D to K although D is above K. Also there will be no path starting from a leaf or from a child node to a parent node.

Base line for counting level is at the top of the tree and the Level count starts from 0 at root and increment by 1 at each Level. In other words, If a node is at level n, then its children will be at level n+1

In our example, depth of a root node A is zero and depth of a tree is 3. Base line of counting depth is also at the top of the tree like level. 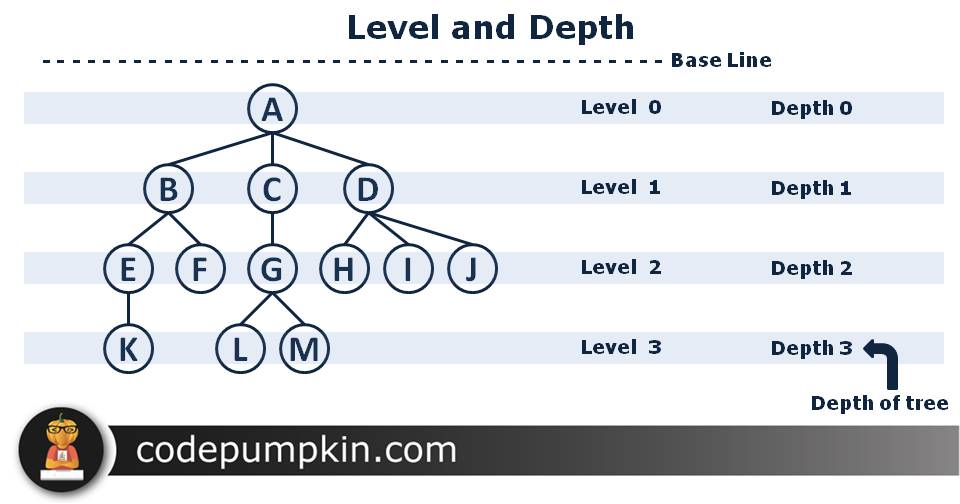 The height of a node is the number of edges on the longest path from the node to a leaf.  A leaf node will have a height of 0. Height of a root node is called Height of a tree.

Two nodes at the same level can have different height. For example, Height of G is 1, but height of H is 0 as it is leaf node. 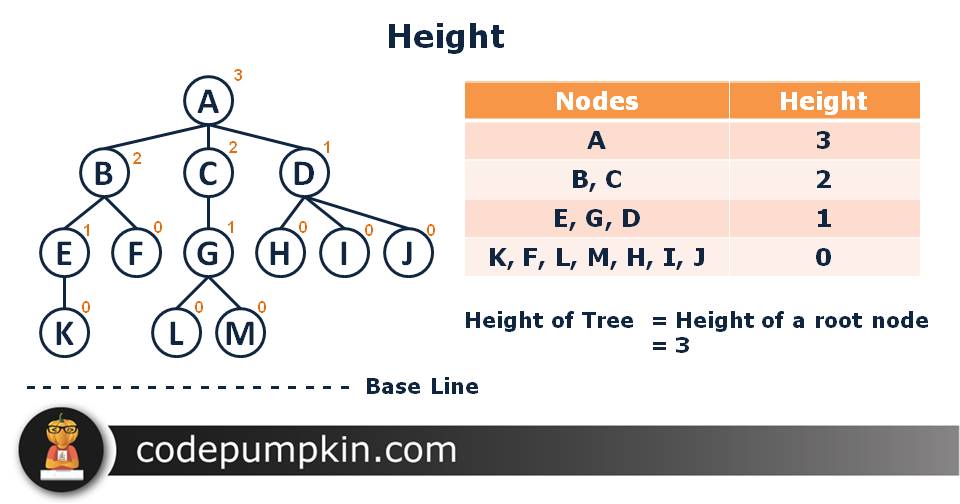 In tree, each child from a node also forms a tree which is a subset of original tree and it is known as sub tree. 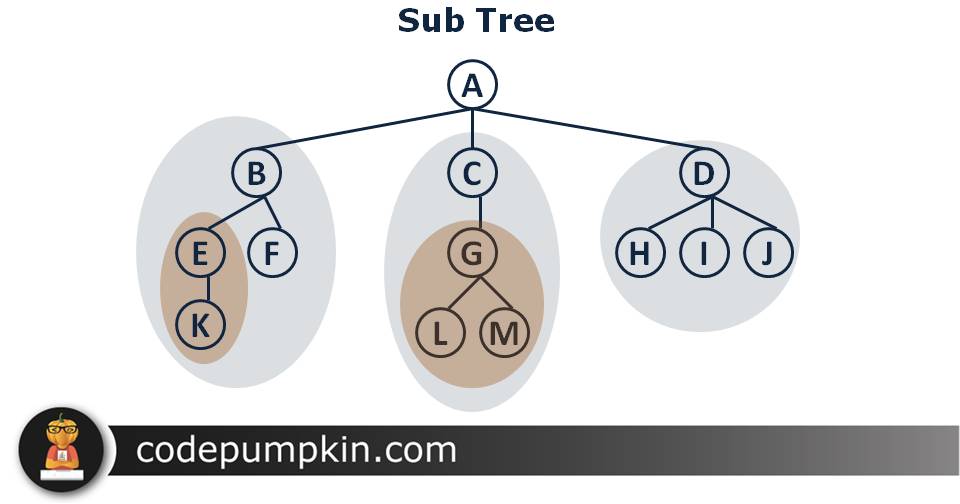