In this article, we will go through the lambda expression which is introduced as  a part of Java8. This is one of my favorite feature from the Java8 apart from the Stream. This feature we can see as Java's support to the functional programming language. In simple word we can treat lambda expression as an alternative of anonymous class implementation of functional interfaces.

The following are the valid syntax for the lambda expressions. 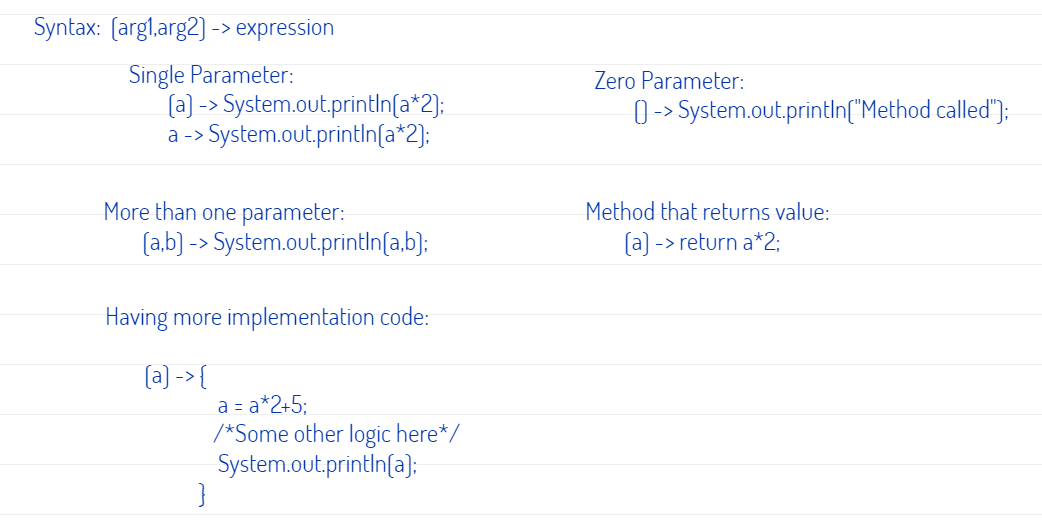 The simple example of the lambda expression is shown below. The code snippet is for adding two variable values and assign the value.

Lambda is used to implement the functional interfaces as well. The advantage of using lambda expression instead of anonymous class for functional interface is lambda does not create separate class as it get created in case of anonymous class. The compiler create invoke dynamics for the lambda functions which will reduce the memory footprint created in the jar by the anonymous inner classes thus improving the application performance.

In below example, I have demonstrated creating a thread object by anonymous inner class as well as using the lambda.

You can if you want understand it in more detail you can also watch the below video.