CountDownLatch in Java Concurrency is a type of synchronizer which allows one Thread to wait for one or more Threads before it starts processing.

You can implement the same functionality using wait() & Notify() mechanism but it requires lot of code and getting it write in first attempt is tricky,  With CountDownLatch it can  be done in just few lines.

It was introduced in Java 5 along with other concurrent classes like CyclicBarrier, ConcurrentHashMap, CopyOnWriteArrayList, BlockingQueue within java.util.Concurrent package.

Here is an easy example to remember its behavior: "4 employees share a common cab while leaving from office.  Driver can lift the car only after all 4 take their seats in the car."

Lets implement above situation using CountDown Latch. For better understanding of this Java program, please read steps mentioned next to the program. 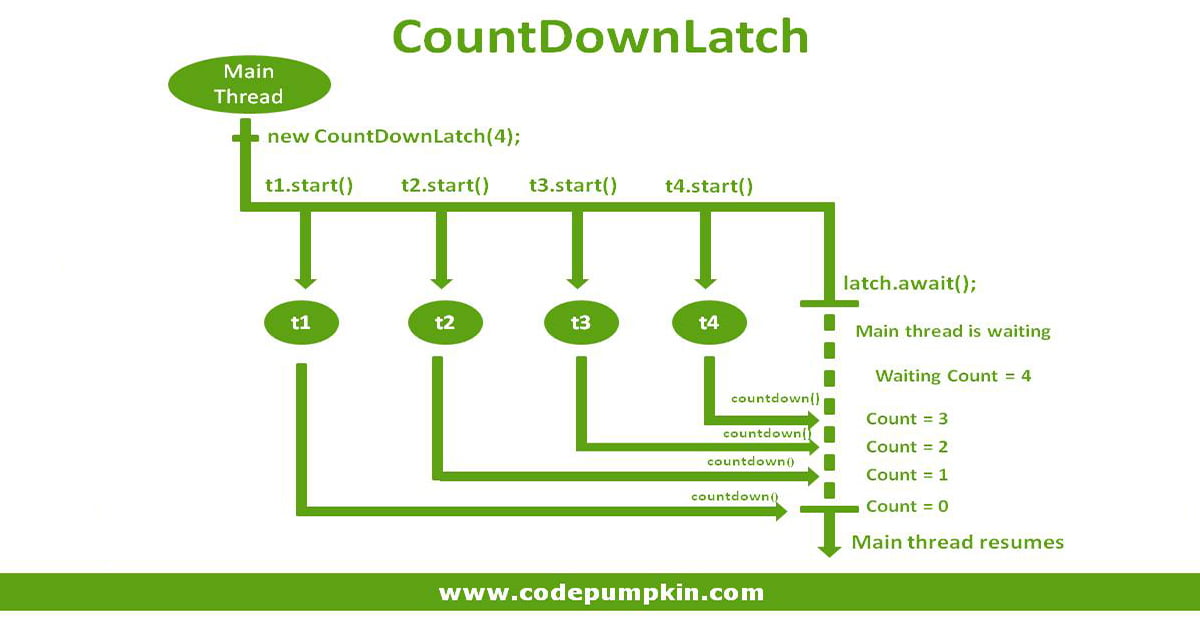 Steps to use CountDown Latch in your Java Program

CountDownLatch class defines one constructor inside:

This count is essentially the number of threads, for which latch should wait. This value can be set only once, and CountDown Latch provides no other mechanism to reset this count.

5. Call CountDownLatch.countDown() method on completing execution of each Thread

Other N threads must have reference of latch object, because they will need to notify the CountDown Latch object that they have completed their task. This notification is done by method countDown(). Each invocation of method decreases the initial count set in constructor, by 1.

when all N threads have call this method, count reaches to zero, and main thread is allowed to resume its execution past await() method.

CountDown Latch can not be reused

One point to remember is CountDown Latch cannot be reused. Once the countdown reaches zero any further call to await() method won't block any thread. It won't throw any exception either.